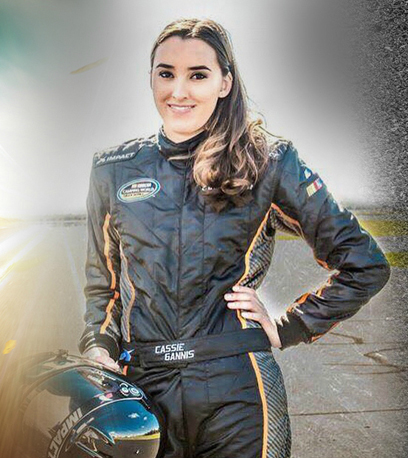 ​Cassie Gannis began her racing career in the Quarter Midgets Series and has worked her way up the ranks to be licensed and approved to race in the ARCA, NASCAR Xfinity and NASCAR Camping World Truck Series. Please view “I am a Racer”

Her numerous titles include

She currently races her team-owned NASCAR Super Late Model at various tracks in the Southwest.

Cassie has been facing challenges and hurdles since as long as she can remember. Her nickname emblazed on her helmet “Squirt” just scratches the surface. Competitive from the day she could walk, Cassie has had to work harder than others overcoming allergies to Asthma to Dyslexia and the more severe Scoliosis. If anything, these challenges have made her stronger. Never one to give up, obstacles became motivators. When asked about her back surgery to correct her spinal column (she has two titanium rods fusing 12 thoracic vertebrae together), she shrugs it off jokingly, “Well it is now the strongest part of my back.”

Cassie currently works as a full-time Veterinary Technician where she enjoys working with small and large animals. Because of her love of animals, she is a real rescue animal crusader and frequently champions their causes.

Along with being a professional racecar driver and pet advocate, she is an experienced speaker on Driving Safety Issues, often a guest on radio and TV speaking on all things NASCAR, and an experienced educator on Basic Car Care. It is not uncommon to see Cassie running out of work and heading straight to the track to run a race because “she is without limits”. Soft spoken and easy going, it is easy to mistake Cassie for “the girl next door,’ but don’t let her fool you. It is all part of her competitiveness, luring opponents into a false sense of security and comfort just before that green flag drops. After that, it’s all love and racing! 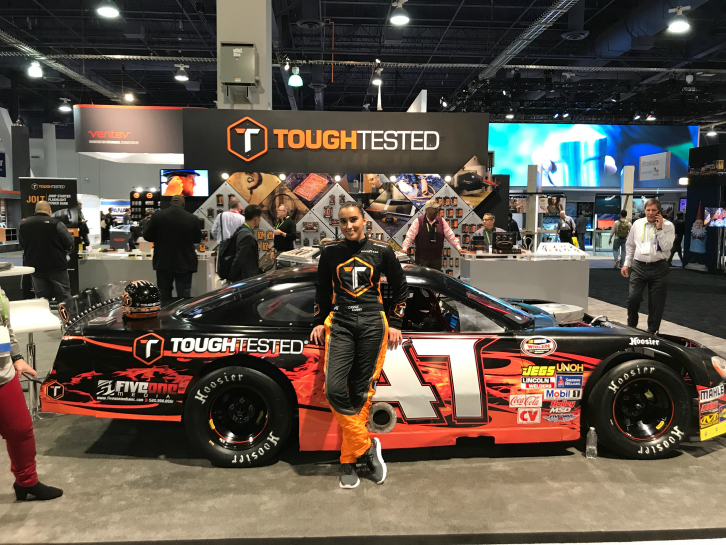 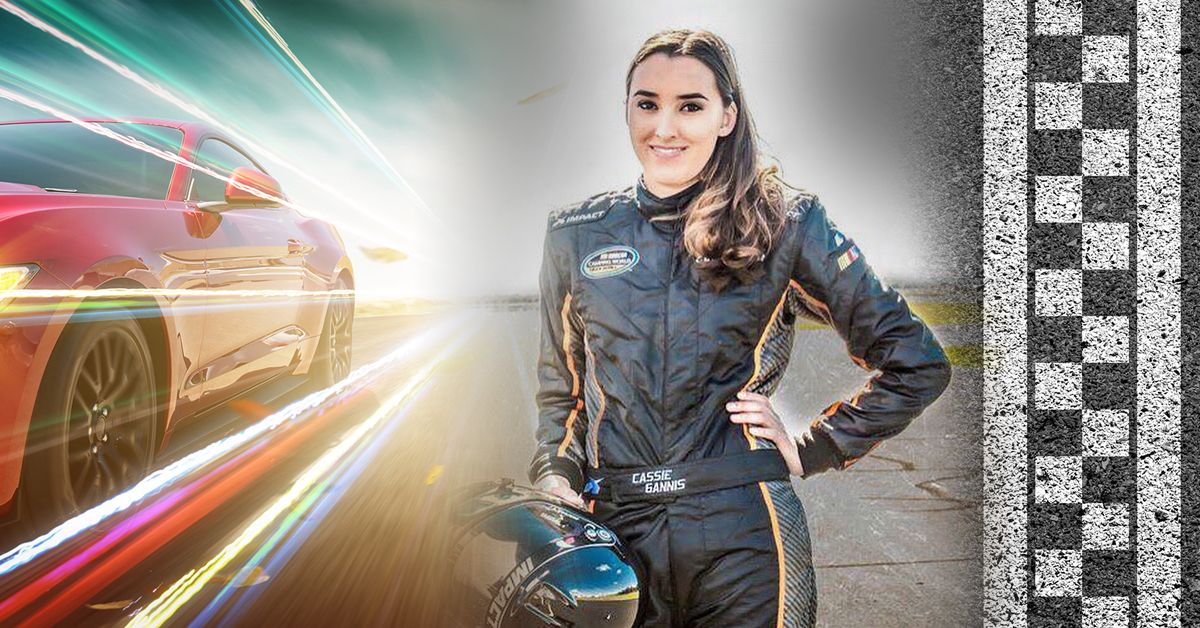